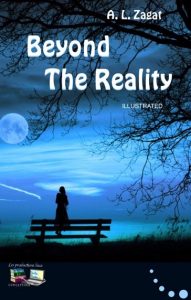 Is it beyond the reality? Is it true or a fantasy? What will we find in these curious documents? Follow this adventure and see by yourself the veracity of this story.

It was Dick’s fault in the first place. That kid brother of mine wasn’t satisfied with my paying a thousand dollars for his summer at the ritziest boys’ camp in the East; he insisted on my coming up here for him to show me off. The brat knew how to wangle me into it, too. About his second or third letter he started raving about the camp director.

This Hugh Lambert had everything. Looks. Strength. Personality. Not only had he been All-American halfback in ’26, but he’d explored half the blank spaces on the map since graduating from Dartmouth. He was managing the camp this summer only to get funds for another expedition to Cambodia or Patagonia or some place like that.

The camp, Dick wrote, was overrun every week-end with the year’s most glamorous debs, but Lambert didn’t give any sign he knew they existed, though he was the cause of their sudden access of sisterly and cousinly affection.

Leave it to those sophisticated youngsters to get on to that. And they did more than gossip about it. When Dick learned I was making a flying trip to New York between pictures, he wired me that he was on the long end of a bet Lambert would break down before the end of the summer, and that he had as good as lost. He begged me as a pal to rush up and save him from going about in rags and tatters all winter.