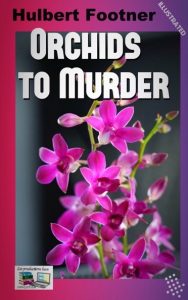 A young woman disappeared the day that she was supposed to marry her love.

Where is she? What happened?

Lee, one of her friend, is a detective and will search for all this entangled affair.

Bad news and great mystery are waiting for him and for you.

Mr Footner is a great writer and you will appreciate him, for sure!

Note: The video is at the bottom of the text.

In the Atlas Garage on East Fifty-first Street, Lee said to the manager: “Can I see Mr. George Restorick’s cars?”

The manager looked him over. “Did you bring an authorization, sir?”

“Why no. When I called up Mr. Restorick’s office this morning, I was told he had gone out of town. His agent referred me to you.”

“That’s right. I was ordered to put the two cars in dead storage, but I haven’t got around to it yet. Which car were you interested in, sir? I didn’t know he was thinking of selling. That’s the coupé back of you. It’s waiting to be washed.”

“Beautiful custom-made job,” said the manager. “Mr. Restorick don’t employ a chauffeur while he’s living in town and his cars ain’t taken out much. He says taxis are cheaper. Even a millionaire looks after the pennies.”

“They always do,” said Lee.

“The limousine hasn’t been out since God knows when,” the manager went on, “but this job was called for at eight-thirty last night, unexpected. I took it up to Mr. Restorick’s house myself.”

“No, sir. I just left it standing under the porte-cochère and dropped the keys through the letter slot. That’s our custom. Mr. Restorick returned it himself about two o’clock. I offered to drive him home, but he said it was only a block or two and he wanted the walk. Nice man, Mr. Restorick; easy as an old shoe.”

“When he comes in last night I noticed he’d picked up some mud under the fenders, and I say: ‘Been for a drive in the country, Mr. Restorick?’ And he says: ‘Just up to my place in Fairfield County, Connecticut. I’m going away tomorrow and I had to get some papers.'”

While the man was talking, Lee made a close and attentive examination of the car’s interior. Afterward, he said: “Will you open up the luggage compartment, please? I want to see how much space there is.”

When the cover was lifted, Lee, producing a pocket flashlight and a magnifying glass, searched the interior inch by inch. The manager stared, thinking this a strange procedure on the part of a prospective buyer. Jack could guess what Lee was looking for, and an involuntary shiver passed through his body.

“Just as I feared,” said Lee. “They design a fine, spacious compartment for luggage and then fill it with a couple of spare wheels. Close it up.”

“You could have it rigged to carry the spares on the running-boards without much expense,” suggested the manager. “Let me give you a run in it, sir. If you’re thinking of buying, I won’t have the battery taken out.”

“No,” said Lee. “After all, it’s not exactly what I want. Many thanks for your trouble.”

“Look,” said Lee, “tell me something as a man to man. When Mr. Restorick came back with the car last night, how did he look?”

“Associated with the police,” said Lee. “I can see you’re a wise guy, and can keep your mouth shut.”

“Sure! But Mr. Restorick! A man of his sort… Good Lord! Well, since you ask me, mister, he looked decidedly upset. He looked like a man who had lately stopped a haymaker.”

“But … my God, mister! They say Restorick’s got half the money in the country. A man like him… absconding!”

All of our eBooks