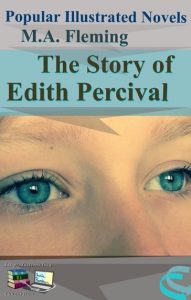 The adventures of these individuals nice or not will captive you until the end.
Ocean, war for the United States or for England, prisoners before marriage, captured by savages, mystic character, families’ arguments, etc. are some themes that you will like.
A nice journey for you!

Condemned to be Shot

Night had settled over the earth, dark, chilly, and starless. A thick drizzling rain was falling, while the storm-clouds chased one another over the sky.

In a narrow, gloomy cell, cold and fireless, sat Fred Stanley. It was a poor place for such an occupant — unfurnished save by a wooden bench and a rude cot on which lay a mattress, covered by a coarse blanket, so filthy that he shrank from it in disgust.

When Fred quitted the residence of Major Percival, he joined the American army, where his bravery soon won for him promotion.

Being caught hovering around the English out-posts with a number of his men, he was imprisoned, tried by court-martial, and condemned to be shot as a traitor and a spy.

It was not death that could subdue the proud spirit of Fred Stanley, but oh! fearful to think of — his father had been his judge, it was his lips that had pronounced his death-warrant.

He sat on the rude bench, his arms folded across his breast, his lips compressed, his neglected locks fallen darkly over his face. It was his last night on earth. Ere the sun rose again, he would be in eternity.

He thought of Edith, and wondered vaguely if she would grieve to learn his fate. Then of her stern father, compelling her to be the wife of De Lisle — until almost maddened, he sprang to his feet, and paced up and down, with clenched hands and flashing eyes.

It was hard to die, too, so young, with such a glorious career opening before him. To leave the beautiful world that had never seemed half so fair to him before. He thought of his father’s bitter words at their stormy interview, with a vague feeling of wonder that they had come true so soon.

And then followed a feeling of utter desolation — he was deserted by all, without a friend on earth, doomed to die an ignominious death in the flower of his youth. He strove to pray, but his brain was like a seething cauldron, through which maddening thoughts leaped in wild chaos. Even “God have mercy” seemed glued to his lips.

Suddenly the grating noise of the key turning in the rusty lock arrested his attention. The jailor entered, bearing a lantern, followed by a tall figure wrapped in a cloak. Setting down the light, the man departed, and Fred was alone with the stranger.

“Stanley, my dear fellow!” he exclaimed, in a choking voice, as the cloak fell off, disclosing the pale features of Nugent Percival.

“Percival, is it you? this is indeed kind!” said Fred, grasping his hand.

“I only learned about an hour ago of this,” said Percival, “and came here immediately. I had considerable difficulty in persuading them to allow me to see you. They seem particularly afraid lest you should escape.”

“Escape!” repeated Fred, bitterly, “they need not alarm themselves. There is nothing further from my thoughts at present.”

“Would to Heaven, my dear friend, I could aid you!” exclaimed Percival, in a voice husky from deep emotion. “This affair is terrible, monstrous, unnatural. They tell me Sir William sat as judge?”

“He did,” replied Fred, with stern fierceness, “and most coolly and deliberately condemned me to death. He told me before he would do so, but I little dreamed how soon his words were to come true.

The only thing he seemed to hesitate in was, whether his rebel son should die by the rope or the musket. Some of my former friends (the words were pronounced with a withering sneer) persuaded him to let me suffer by the latter, as the most honorable. Have I not reason to be grateful for such condescension?”

He laughed mockingly. It sounded so wild, so strange, so unnatural, that Percival shuddered.

“It is terrible!” he said, in a low voice. “Has he the heart of a man to condemn his own son to death? It cannot be, it must not be. Fred, he will relent — you will be pardoned. You need not fear death.”

Fred started, raised his head, and flinging back his dark hair, exclaimed fiercely:

“Fear, did you say? I do not fear death! I can walk to the muzzle of their muskets without my heart beating one throb faster. Fear!” His lip curled scornfully.

“But you do not wish to die such a disgraceful death. It would be an honor to fall fighting for one’s country. But this, the doom of a traitor! Who could think of such a fate calmly? It might well make the bravest heart quail.”

“Poor comfort, my dear Percival!” said Fred, one of those rare smiles that his face seldom wore of late, lighting up his handsome countenance. “Surprising as it may seem, your words do not tend to cheer me in the least.”

“Fred, you shall not perish if I have to intercede for your pardon on my knees!” exclaimed Percival, hurried away by his impetuous feelings. “I will go to Sir William, and plead for your life.”

“Percival, if you wish me to regard you as my friend, never utter such words again!” said Fred, sternly. “Do you think that I would accept the poor boon of life on such degrading terms? No, my dear friend. I thank you for your zeal in my behalf, but think no more of pardon for me. My hours are numbered. I will never live to see the sun rise again.”